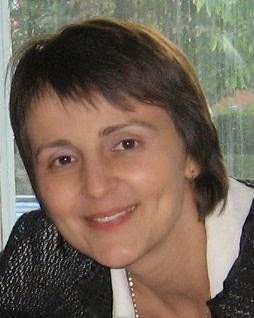 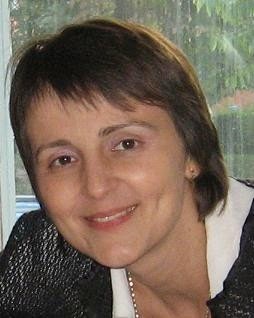 
Abstract: From 18 to 20 of November 2014 took place at the Hungarian Opera from Cluj- Napoca, a commemorative festival dedicated to a great director, designer, painter, writer, politician and visionary man of culture which was count Bánffy Miklós. Originary from Transylvania where his family owned the castle of Bonțida, near Cluj, and despite all political and historical vicissitudes, count was stubborn to remain an artist. Once appointed as manager at the Opera of Budapest 1912-1918, he reformed the repertoire policy, risking to stage two obscure works written by an young, unknown and refused composer named Bartók Béla: The Bluebeard’s Castle and the Wooden Prince.


The events brought together leading men of Romanian and Hungarian opera’s world, four managers: mister Ókovács Szilveszter (Budapest) Marius Budoiu (Romanian Opera from Cluj-Napoca), Razvan Ioan Dincă (National Opera from Bucharest) and the host of events, mister Szép Gyula (Hungarian Opera from Cluj), the famous director of film and opera Szinetár Miklós, two conductors Selmeczi György and Kulcsár Szabolcs, the orchestra of the Hungarian Opera from Cluj, designers, dancers, musicians, singers, performers from Budapest and Cluj-Napoca. One of the most important events was the reconstruction of the 1918 premiere of Bluebeard Castle opera, whose costume and stage design was created by count Bánffy Miklós no more than a hundred years ago. The artists who gave life to this opera was the performers: Molnár Mária (Judith) and Szilágyi János (Bluebeard Prince), Lörincz Gyula – stage designer, Szebeny Zsuzsa - costume designer, Szinetár Miklós - director, Hungarian Opera Orchestra conducted by Selmeczi György. Of a particular and significant importance was the representation of two artistic films signed by Hungarian director Szinetár Miklós - The Great Lord- Count Bánffy Miklós and the 1984 opera moovie, The Bluebeard Castle (conductor Georg Solti) followed by interesting discussions with the director.


3.      2013.05.15. Mirecuri / Wednesday Oradea Autor / Author: Evanthia-Maria Marta Lect.univ. Dr. Universitatea din Oradea, Facultatea de Arte http://almanah-euterpe.blogspot.ro/2010/10/index-marta-evanthia-maria.html - MIRELA MERCEAN ȚÂRC: CRISTALIZAREA FORMEI DE SONATĂ ÎN SECOLUL AL XVIII-LEA – ÎN LITERATURA MUZICALĂ PENTRU INSTRUMENTE CU CLAVIATURĂ – recenzie  ̸ MIRELA MERCEAN ȚÂRC: THE SONATA FORM CRYSTALLIZATION IN THE 18TH CENTURY – IN THE MUSICAL LITERATURE FOR KEYBOARD INSTRUMENTS – review  article,   http://almanah-euterpe.blogspot.ro/2013/05/mirela-mercean-tarc-cristalizarea.html  Keywords: sonata form, Baroque sonata, the classic sonata pattern, aestethic conception, mono-bi-multi-themed, dramaturgy, binary form, ternary, Domenico Scarlatti, Carl Philipp Emanuel Bach, Domenico Cimarosa, J. Haydn, W.A.Mozart, L. van Beethoven. Abstract: In his volume: The Sonata Form Crystallization in the 18th Century – in the Musical Literature for Keyboard Instruments, the author Mirela Mercean Țârc provides to us a consistent and detailed documentation concerning the evolution of sonata form until the completion of its general classic pattern. Presentation of valuable opinions authors expressed themselves in this respect, through the filter of the scientist follows the plan of a logical and analytical research. The exposure starts from a fundamental premise, namely the transformations taking place in the aesthetic vision of the confluence of classicism and Baroque eras: If for the musical language the expression of "a single effect, decomposed, detailed, endlessly configured in another way but always qualitatively identical to itself" was a major objective of the Baroque, "the hallmark of the new aesthetic is the freedom of States to not fall exclusively within the scope of a single mood but to progress from one to another" – page 4, where is being quoted the work Classicism from Bach to Beethoven (page 275 and page 277) of Wilhelm Georg Berger. Based on this differentiation in the aesthetical conception area, architectural pattern will follow an evolutionary path that, says the author, knows three steps: „the first phase, between the years 1700-1735, of the Baroque sonata form – a binary shape – the second stage, between 1735-1770 preclassical mono-bi-multi-themed binary form, and the third stage (1770-1800), of the bi-themed, ternary classical sonata. In this last stage of becoming, the crystallization of the innovative thinking subsumed discursive elements, will follow its natural course of enrollment in the classical style, through synthesis operated by the big three `playwrights` of the musical language, Haydn, Mozart, Beethoven.” (page 4-5).
The author’s interest is made for the first two stages, the less addressed from the perspective of `germ` detection in various movements of works named "sonata", composed until about the year 1770, and who will determine the main features of the classic sonata form crystallized in the third phase, more often and in detail analyzed. 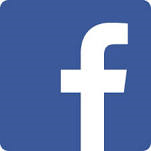